reWASD functionality expands with each release, and since reWASD 4.0 came out it can be rightfully called an Xbox controller emulator. Why is that good, you may ask? We will reveal the answer to this, and many other questions in this blog post. If you already know you need an Xbox 360 controller emulator you can go right to the how-to-use part. Or if you’ve already tried to use the virtual controller, and the game doesn’t recognize the input — go right to the troubleshooting :)

How can Xbox controller emulator be useful?

A bit of theory: reWASD emulates the Xbox 360 controller, and that takes the functionality to the new level. You can assign Toggle, Turbo to controller button actions, and create controller button key combos. As a result, the game will recognize the controller input, except it will be not a physical gamepad, but the one an Xbox controller emulator created.

reWASD hides your physical controller from the system, and there’s only the virtual one recognized by Windows and applications. You can see if it works if you open joy.cpl. Open Windows search (by pressing Win keyboard button, for example), enter joy.cpl and press Enter. The following window opens: 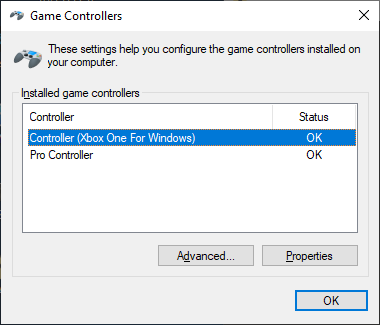 Xbox 360 controller emulator is also irreplaceable for the cases when you have a PlayStation, Switch Pro or Joy-Con controller, and the game doesn’t recognize it, but works well with any Xbox controller. That happens quite often with the games that came out quite a long time ago, or if they simply don’t support any gamepads except Xbox ones (for example such as Dragon Age: Inquisition, Monster Hunter World, Final Fantasy XIV, SOULCALIBUR VI, Volgarr the Viking, Life is Strange, etc.).

How do I use the Xbox 360 controller emulator?

There are a few steps that are common for each of the further cases:

Case 1: I just want to enable controller support for any-gamepad-except-Xbox-controller

If you’re dealing with the game that only sees Xbox controllers which you don’t have, it’s just a three-clicks-situation:

About Joy-Cons: make sure to create a pair of those first, and then you can use the Xbox 360 controller emulator in its full swing. Plug both Joy-Cons to your PC, pick one of them in the lower-left corner, click on the Group icon, and create a group of devices. Now you’re good to go!

Case 3: I want to change the controller layout completely!

This one takes a bit more time to create. Take your time and reassign the keys one by one, to make the perfect layout. To make this process easier, pay attention to the icons near reWASD mapping list: unclick keyboard and mouse to leave controller binds only, this will make the process quicker.

Why should I hide the physical controller before I use Xbox controller emulator?

Nice question. When you create a virtual controller, there may occur double input both from the physical and virtual gamepads. Or the game will just focus on the physical gamepad and ignore all the mappings you have added in the config, which is also definitely not the thing you are trying to achieve. So basically, what you need to do is to open Preferences — General, and check if Hide physical controller when the virtual one is added.

What to do if the game doesn’t respond to the Xbox controller emulator config?

Rocket League was also kind of a struggle for our Xbox controller emulator because the game detects a ‘new’ controller each time you replug your gamepad. And eventually, there were several controllers at once, even though there’s only the Virtual one emulated by reWASD.

So! A quick guide for troubleshooting an Xbox One controller emulator & games. Let’s imagine you already have a config, and it’s just a game that doesn’t recognize the input: 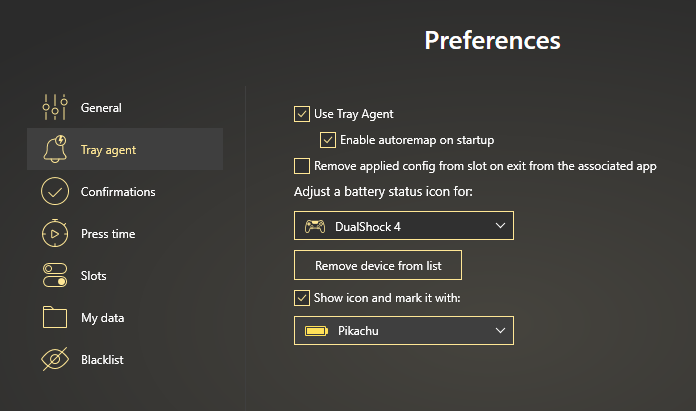 Then you need to check your Windows Startup preferences. To do that, open Task Manager (Ctrl + Shift + Esc shortcut), press More details, open the Startup tab and make sure that our Xbox 360 controller emulator is enabled, otherwise it won’t work. 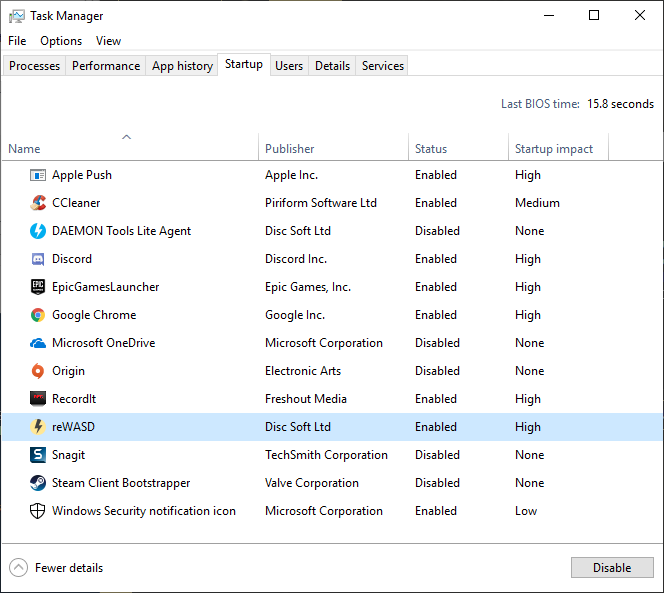 Once it’s done, open reWASD, turn remap ON and reboot your PC. After the PC turns on again, wait till reWASD icon appears in Tray and the green circle appears near it (this means that remap is ON). Then try to launch the game, and check if your controller works.

We truly hope that you will not have any problems using our Xbox controller emulator and that your experience will only be positive. We can do our best to help you, and figure out every tiny detail that could have caused the problem. Reach out to us wherever you feel comfortable: Discord text chat, on Facebook, or on reWASD Forum. Make sure to follow us on Pinterest, Reddit, and YouTube to keep your hand on the pulse.