How to map paddles on Xbox Elite 2 controller on PC

Xbox Elite gamepads have many advantages and features, but the most significant one is additional controls easily accessible from the back. Yes, I am talking about Xbox Elite Series 2 paddles — four buttons you may use for different purposes in-game. And here is a bummer, they are remapped to A, B, X and Y by default and there are not many options for them in the native app. Here is when reWASD saves the day again.

With reWASD, you do not need to limit yourself to the buttons of Xbox Elite controllers — remap paddles to literally anything! Keyboard mappings will give you more in-game actions, combos will let you emulate shortcuts, a command may take a screenshot for you and finally Shift Jump will open a new layer for your ideas. Let’s see how to map paddles on Xbox Elite 2 controller step by step.

Let’s see how to map paddles on Elite Series 2 in the native app. We will need it only once, to remove the default A, B, X, Y. It won’t take long, just follow the steps below: 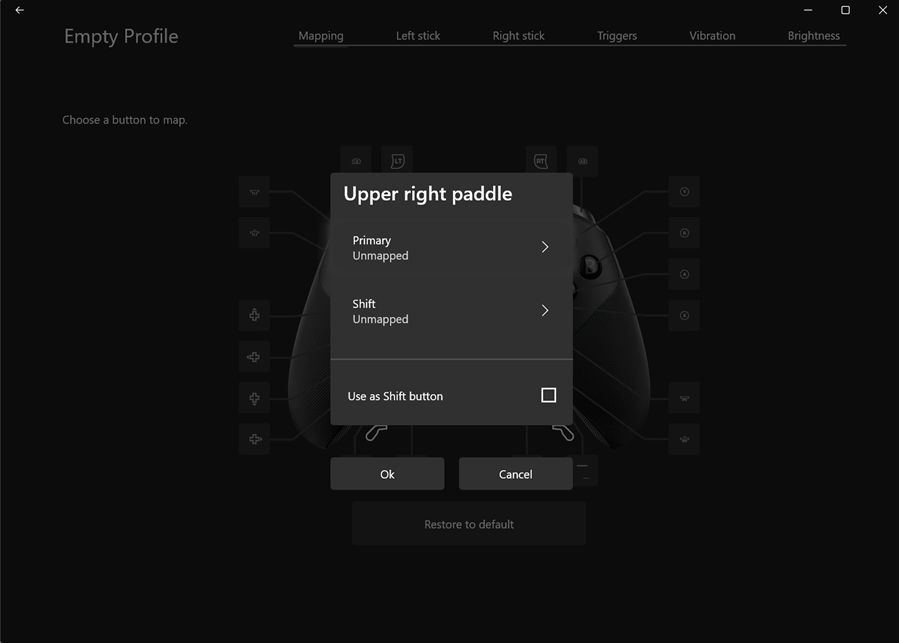 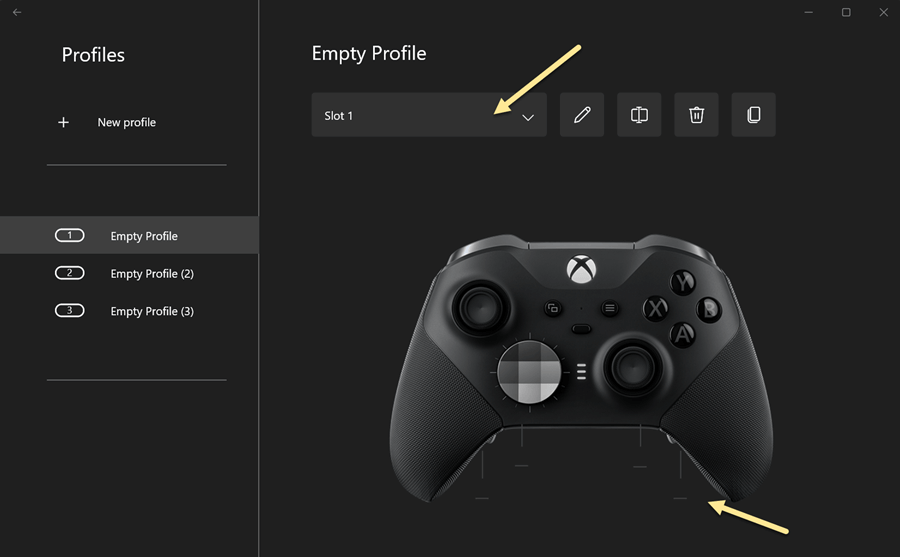 Please note that you will need to unmap Xbox Elite Series 2 paddles regardless of the firmware version you use. If you skip this step, then you will be able to remap these controls only for the physical Slot 0.

All things are set, now let’s see how things go in reWASD! 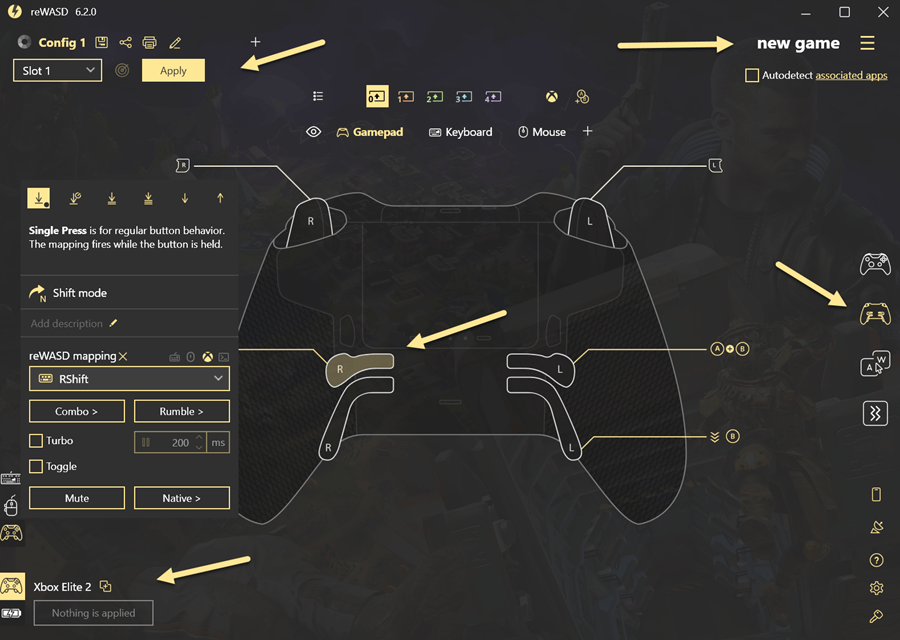 Now let’s see what exactly you can bind to paddles on Xbox Elite 2 controller. Spoiler — lots of things!

Which things to map to Xbox Elite Series 2 paddles

Let’s take a closer look at the options you have when you map Xbox Elite Series 2 paddles. Everything is at your fingertips — in a so-called “frame” devoted to the chosen control. You will also see similar mappings for other digital buttons — they are fully remappable too. 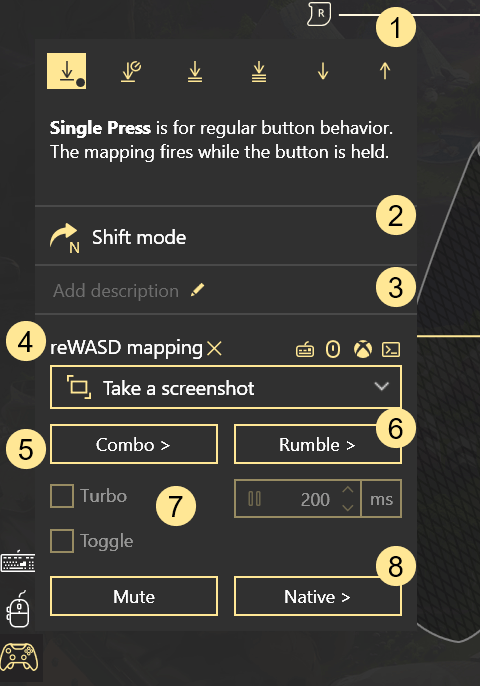 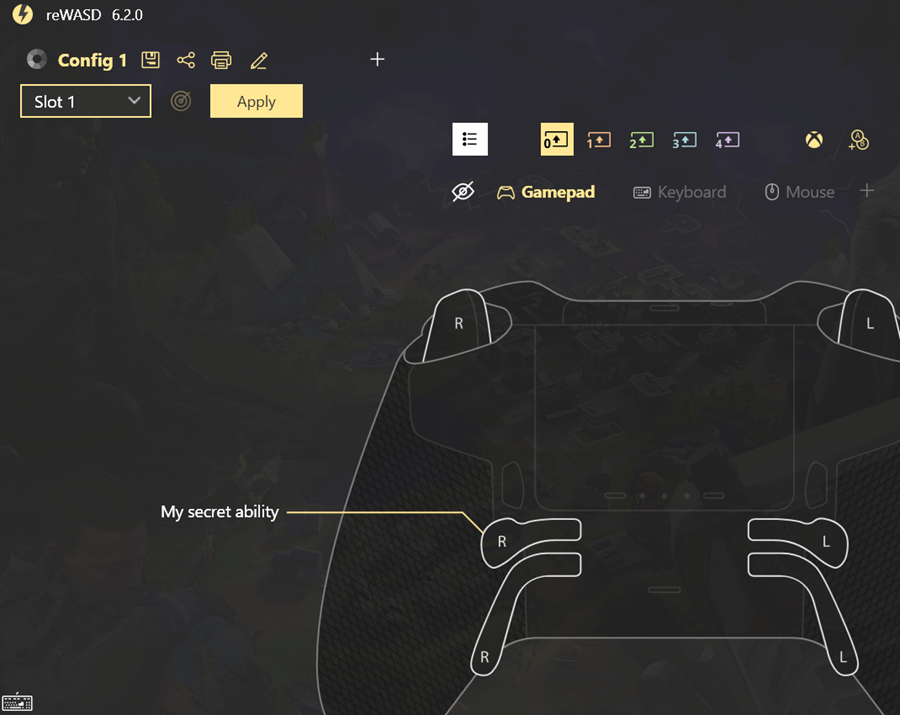 Now about how to map paddles on Elite Series 2 for the older versions of reWASD. I should warn you that it is possible only for the 4.8 firmware version. What's in-between 4.8 and 5.13 is not polished yet and doesn’t report the paddles as separate controls. Xbox Elite Series 2 paddles are back on track as of September 2022, just make sure to get the latest reWASD version and the latest firmware in Xbox Accessories. We do understand that sometimes you might need to stick to older firmware and/or reWASD version, so here's how to make paddles work: 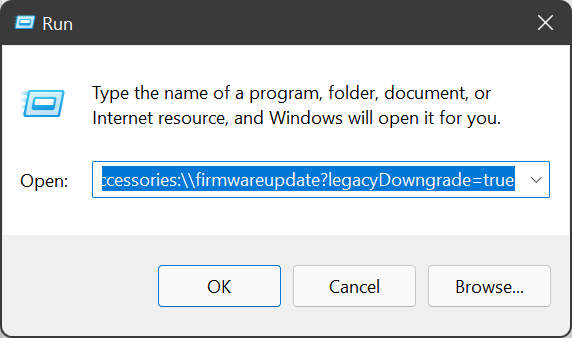 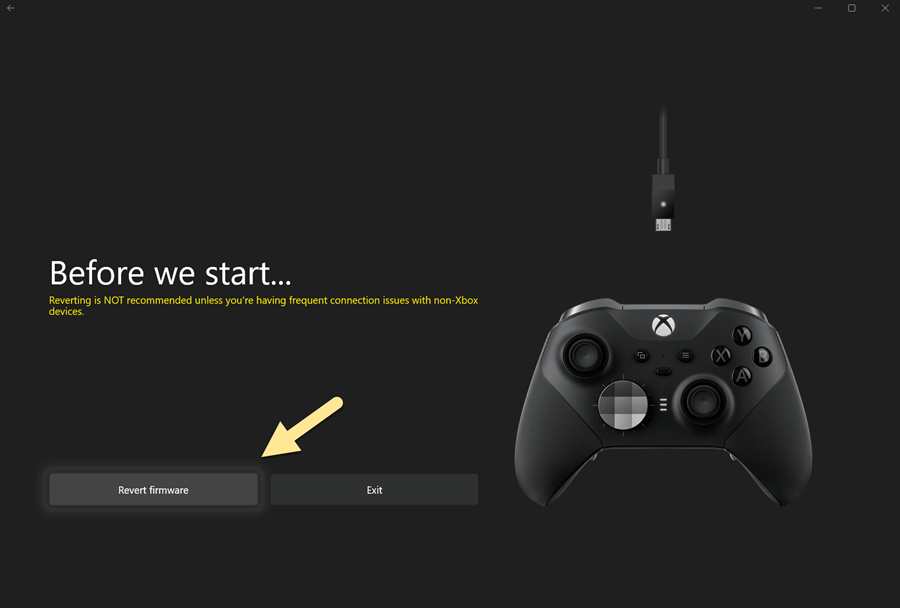 Note that you can also revert the firmware from the console. If you have one, please follow the steps described here.

Thanks for reading about how to map paddles on Xbox Elite 2 controller with reWASD. Hope it will help you to achieve your goals much faster and do not spend any excess minutes before you start gaming. In case you still have questions, suggestions or doubts — do not hesitate to contact us via Discord, Facebook, Forum or Twitter.

How can you play Valorant with a controller using reWASD? March 31, 2022