Back Published: October 1, 2019 Posted on reWASD how to, playstation controller

Some things never change: people argue about whether to pick PC or console, whether it’s pizza with or without pineapples, wired or wireless, and which controller is better: Xbox or PlayStation? And although we admire all the existing controllers, today we’re gonna discuss how to connect PS3 controller to PC.

How to connect PS3 controller to PC 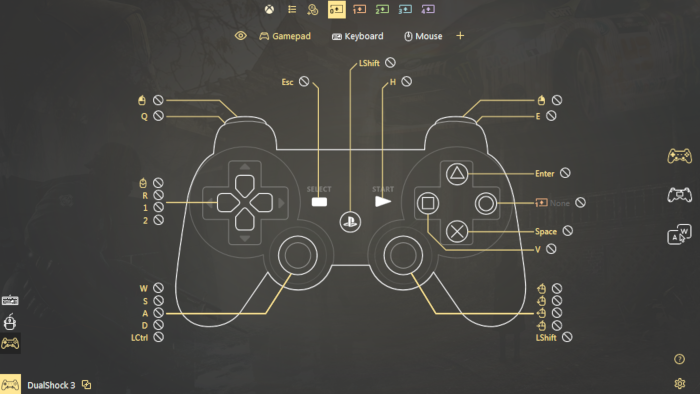 Note, that if there’s a DirectInput mode chosen on the adapter, reWASD will recognize your controller as PlayStation 3 controller. If you have picked the XInput mode, reWASD will show the Xbox 360 controller in the interface. We can remap both, it’s up to you :)

It’s also important to know that if you connect PS3 controller to PC, Windows may not recognize triggers as analog controls with some adapters. This means, that instead of a full-axis trigger you will get a single click. To use analog triggers in a full swing, you’ll need to install PS Now: this will give you an additional driver package for PS3 gamepad.

We hope this blog post was useful, and that now you know how to connect PS3 controller to PC. You might also be interested in using the PS4 Remote Play with PS3 controller, and the tuning the Xbox 360 controller emulator. If you have any questions, don’t hesitate to ask us below this post in the comment section. Make sure to follow us on Facebook, Pinterest, and YouTube to keep your hand on the pulse. Also, join our Discord text chat for more fun :)

How to use gamepad, mouse and keyboard to controller emulator January 16, 2020

How to use PS4 controller emulator for PC December 11, 2019
comments powered by Disqus
Contact us
We use cookies to track usage and preferences. See details